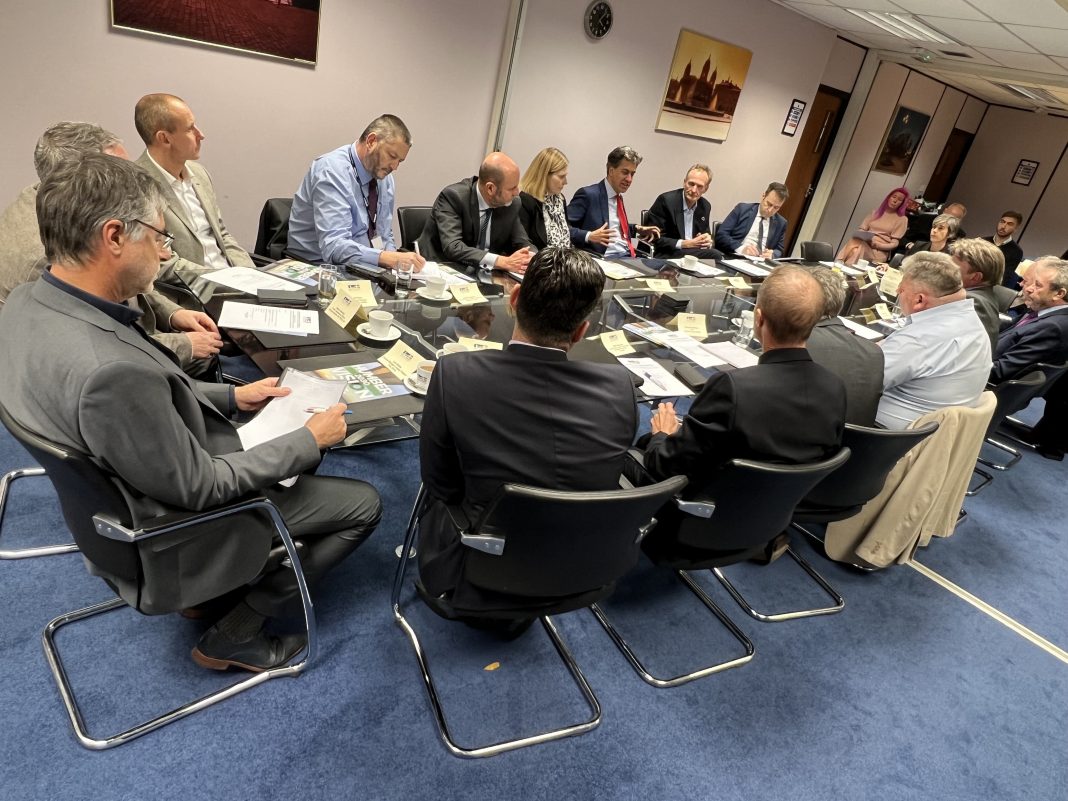 We don’t want money – just make bold decisions and let us get on with decarbonising the Humber and building for the future – that was the clear message voiced by the biggest businesses in the Humber when they met with the Shadow Energy Secretary Ed Miliband at the Hull & Humber Chamber of Commerce.

Business leaders from Ineos Acetyles, Equinor, Drax, Orsted, Able UK, Prax Group, Phillips 66, Lindsey Oil Refinery, Smith & Nephew, Reckitts, Spencer Group and numerous others all made clear requests of present and future Governments to sweep the red tape out of their way and put the infrastructure in place to let these major businesses thrive in this region.

The former Labour Party leader who has praised the Humber 2030 Vision document was knowledgeable and enthusiastic as he outlined his Party’s plans to create GB Energy, a publicly-owned generation company. Ed Miliband listened carefully and questioned the company representatives in turn to establish precisely what blocks these major industries are facing and what needs to happen to get things moving faster in the Humber.

Business leaders around the Chamber table have billions of pounds to invest in the Humber, but much of that investment would be anticipatory he was told, and there was a need for certainty from Government that if that investment is made, contracts will follow. Businesses needed to have that confidence in place to bring those investment plans to fruition.

David Brooks, the Chief Executive of Ineos Acetyles UK had travelled from London to attend. He told the meeting: “The Government saying yes or no was very important. If you have ambitions for carbon zero in the Humber for 2030 BEIS needs to step up. Sometimes investment carries risk, but sometimes you have to take risks. The private sector does demand action and promptness to commit, otherwise they lose the confidence to invest.”

Emma Toulson from Orsted said: “We have invested £14billion in infrastructure and created the largest offshore wind hub in the world and it’s based in Grimsby. Hornsea 3 and 4 will cost another £14billion which then becomes £30billion investment potential, but we need access to the grid and planning permissions if we are to reach our ambition of 50GW by 2030 – it’s not too far away now! We all need to work together to decarbonise the Humber.”