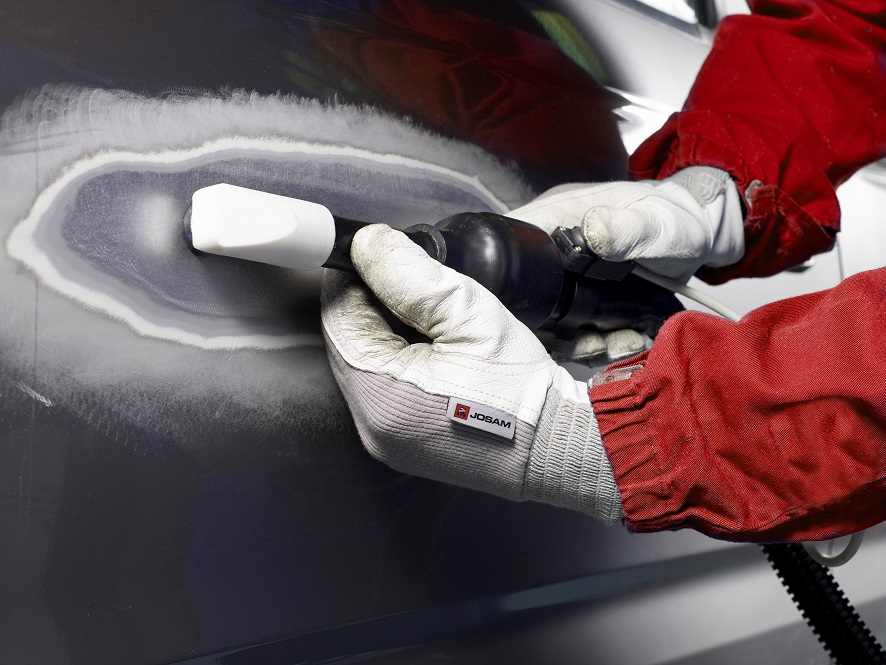 A Land Rover specialist is improving safety and productivity after investing in a portable heat inductor.

Stonelake of Halifax is a family-run business based in West Yorkshire, specialising in the service and repair of Land Rovers. It was founded by brothers Ben and Luke Oughton in 2015, following in the footsteps of their father and grandfather, who ran the local Land Rover main dealership.

Ben Oughton, Service Manager and Director, who oversees the operations of the workshop, said: “The heat inductor has transformed how we perform certain repairs. We were previously using an oxyacetylene torch and finding that it wasn’t up to the task – for example, with a steering lock you can struggle on for hours. That’s much easier now with a heat inductor.

“However, the most important thing for us is that it minimises the risk of damage to the vehicle while you’re working on it. With a naked flame, there is always a risk that you will scorch or burn an area adjacent to the part you’re working on – that risk is now removed.” Ben adds that Stonelake had tested other heat inductors, but none matched the high standard of performance or robust design of the JH400.

As a hands-on manager and time served Land Rover specialist, Ben often applies his expertise in the workshop. “We are using the Josam for everything from suspension arms to steering locks and wiper arms,” he added. “It is probably saving us on average three to four hours per week, which is significant in a relatively small workshop like ours.”

Workshop safety was also a key factor in Stonelake’s decision-making. Lightweight electrical heating inductors significantly improve conditions for workshop technicians because they are not exposed to open flames, hot gases and the risk of fire or explosion. “Heat induction is much safer than having to use a naked flame and there are no concerns about gas pressure or running out of gas,” said Ben. “It is much easier to use; all of our team can use it safely and effectively.”

Stonelake purchased the inductor from AES UK, the family-run garage equipment supplier and authorised UK distributor for Josam. “It was important to us to not just buy a great product, but to get it from a company that shares our values,” added Ben. “AES is a family-run business like ours which truly understands the value of great customer service. They are accessible, professional, reply quickly to our calls and nothing is too much trouble. I honestly couldn’t ask for more.”