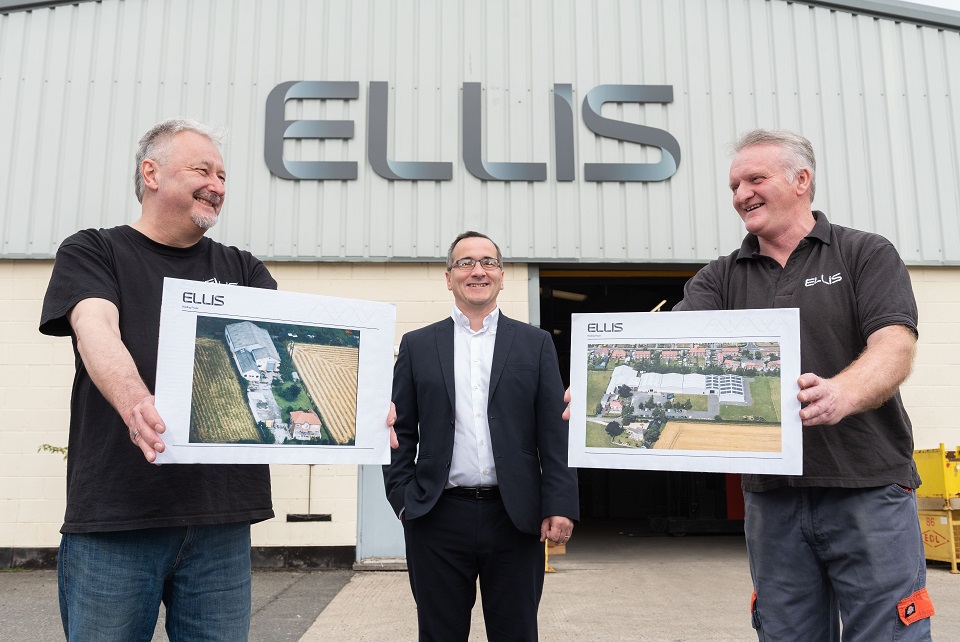 One of Yorkshire’s leading manufacturers, Ellis Patents is marking its own right royal sparkling jubilee this summer – with the Rillington-based company celebrating its 60th anniversary.

The cable cleat manufacturer, which actively exports to 45 countries through a global network of local distributors, was founded in 1962 by former WWII pilot, Arthur Ellis and began life as a manufacturer of plastic pipe clips and cable clamps in York. The company relocated to Rillington, near Malton, in 1974 and began manufacturing cable cleats in the mid-1990s.

Danny Macfarlane, Ellis Patents’ managing director, said: “Businesses need to be able adapt to stand the test of time, and time and again over the last 60-years Ellis Patents has done exactly that; whether it be embracing new technology or developing our product offering to meet the changing needs of the market.”

“Since I joined in 2003, we’ve evolved from a manufacturer with a predominately British focus into an organisation with a truly global outlook and a reputation to match – so much so that today it’s virtually guaranteed that our cable cleats will be under consideration for any new major electrical installation anywhere in the world.”

Another key ingredient in the Ellis Patents success story has been the longevity of its workforce and the loyalty that has engendered. The vast majority of Ellis’ staff live locally with over 60 per cent having been with the company for over a decade. Amazingly, its longest serving employees, Steve Spaven and David Wheeler joined within a week of each other in February 1987.

“Having such a loyal and experienced workforce is a huge benefit for the business and for the suppliers, distributors and customers we work with,” continued Danny. “The experience we have across the entire business is unparalleled; and because so many have chosen to build their careers with us rather than move on, they treat Ellis Patents as their business rather than just the place they work.”

LEP leaders gather again to identify priorities for the future